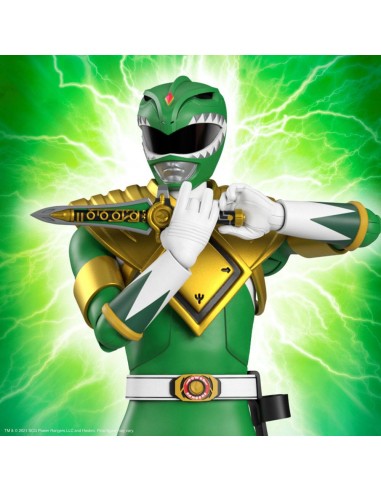 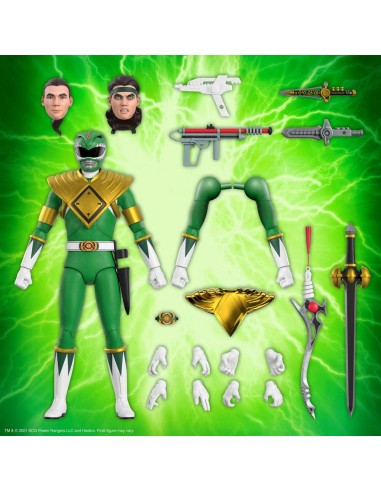 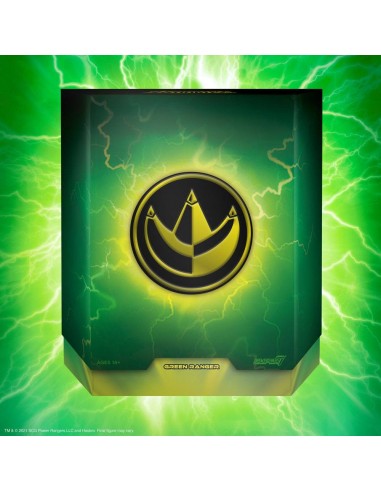 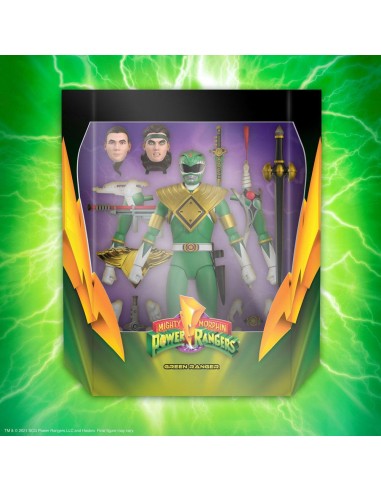 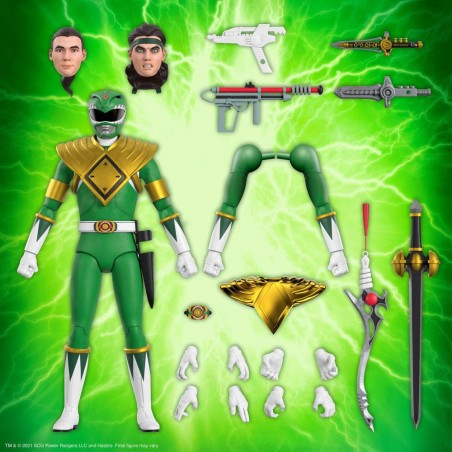 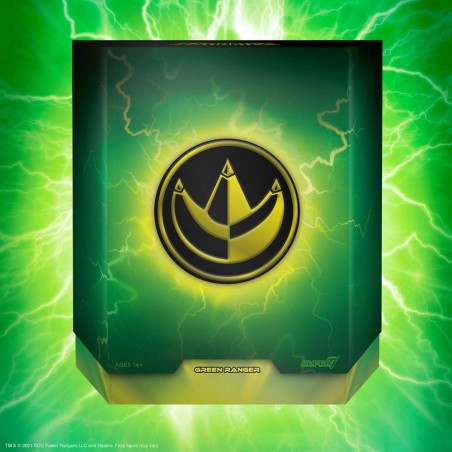 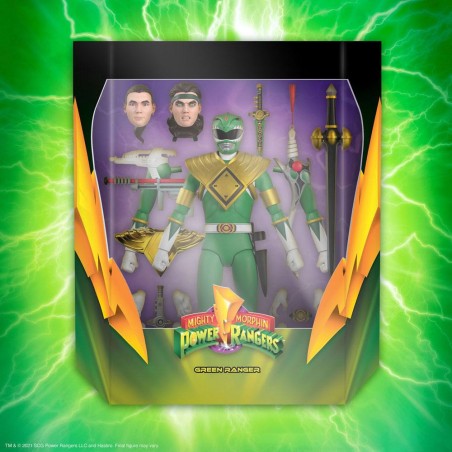 Reserve this product by paying full price €57.77 and pay for shipping when it is available.

Buying this product get 12 coins that are equivalent to a discount of €1.20

Tommy Oliver first debuted as the evil sixth Ranger, controlled by Rita Repulsa, defeating the Mighty Morphin Power Rangers and the Megazord single handedly! It took the combined power of all five Power Rangers to break Rita Repulsa's spell. With his free will returned, the Green Ranger could join the other Rangers in their fight against Rita Repulsa. Is Tommy still under her influence, or is he a loyal member of the Mighty Morphin Power Rangers team? With this Green Ranger ULTIMATES! figure, it could go either way! This 7" scale highly articulated deluxe action figure comes with interchangeable heads - Good Tommy AND Evil Tommy! - multiple sets of hands, and a variety of accessories, including the Dragon Dagger, Dragon Shield, and so much more. Kick off your MMPR ULTIMATES! collection with the greatest Power Ranger of all time, the Green Ranger!

IMPORTANT: Due to factors beyond our control in the purchasing process, fulfillment of orders for items from this manufacturer cannot always be guaranteed. It may also be the case that items are out of stock in a short period of time. Plkease, consider this before placing your orders.